Our review of : Factfulness

Factfulness by Hans Rosling is a well-researched and informative book about the state of the world today. Using data from various sources, Rosling debunks ten common myths about the world – for example, that most people are poor, that fertility rates are climbing, and that armed conflict is on the rise. He shows instead that over time, things have actually gotten better in many ways across the globe. This hopeful message is based on Factfulness – defined as “the habit of systematically thinking about facts” – which Rosling encourages everyone to cultivate in order to see the world more clearly.

Factfulness is a great book for anyone who wants to have a better understanding of the world we live in today. Rosling provides clear and concise data that dispels popular myths about global development, and offers an optimistic view of the future.

Hans Rosling was a Swedish doctor, academic, and statistician who devoted his life to improving the understanding of global development. He was an innovator in data visualization, creating moving graphics that made complex information easier to understand. After his death in 2017, his son and daughter-in-law completed Factfulness based on notes he had left behind.

“Everyone should read this book. It dispels many myths and provides a more accurate view of the world.”

“If you want to understand the state of our world and what’s really going on, read Factfulness. It will change your outlook for the better.”

“Hans Rosling insists that the world is not as bad as it seems. In this well-argued, data-rich book, he makes the case that we are wrong about almost everything we think we know about poverty, population growth, health care, and more.” 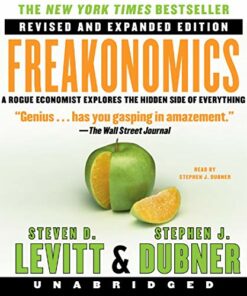