Our review of : Harry Potter and the Half-Blood Prince, Book 6

Harry Potter and the Half-Blood Prince is the sixth book in J.K. Rowling’s Harry Potter series. In this installment, Harry must do battle with Lord Voldemort as he seeks to destroy Hogwarts School of Witchcraft and Wizardry. Along the way, he makes new friends and enemies, discovers powerful secrets, and confronts his own dark side.

This book is for children who are interested in reading about wizards and magical creatures. It is also perfect for those who want to follow the exciting story of Harry Potter as he battles Lord Voldemort.

J.K. Rowling is the author of the Harry Potter series, one of the most popular book series in history. She was born in England and now lives in Scotland with her husband and daughter.

“This was an excellent book! It had just the right amount of suspense, love and action. I would definitely recommend it to anyone who is a fan of Harry Potter.”

“This was an excellent installment in the Harry Potter series! It had everything – suspense, intrigue, romance, and humor. I like how Rowling slowly but surely reveals all of the secrets leading up to the final showdown with Voldemort. This is a must-read for any fan of the series.”

“This was an excellent book. The ending was bittersweet but satisfying.”

“This is an amazing book. One that I could not put down.” 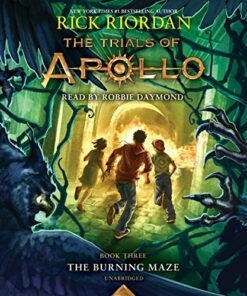