Our review of : Harry Potter and the Order of the Phoenix, Book 5

In Harry Potter and the Order of the Phoenix, Book 5, J.K. Rowling creates a masterpiece that captures the imaginations of readers young and old alike. The novel begins with Minister for Magic Cornelius Fudge arriving at Hogwarts School of Witchcraft and Wizardry to deliver some bad news; Sirius Black, an escaped convict who is believed to be one of Lord Voldemort’s closest followers, has been sighted in Hogsmeade village. In light of this news, Professor Dumbledore convenes a secret order group called “The Order Of The Phoenix” to protect Harry Potter from Black (and Lord Voldemort). As the story progresses we see just how powerful evil can be as it threatens both Harry’s life and those he cares about most including Ron Weasley and Hermione Granger.

The answer is, this book can be enjoyed by anyone who loves a good adventure story with magic and suspense. However, it may be especially appealing to young people who are interested in the magical world and in following Harry Potter on his exciting journey.

J.K. Rowling is the author of the Harry Potter series which has been translated into over 60 languages and sold more than 450 million copies worldwide. She started writing the series during a train journey from Manchester to London in 1990 and finished Book 7 in 2001. J.K. Rowling lives with her husband and daughter in Edinburgh, Scotland.

“Rowling’s writing is always enchanting and her characters nuanced.”

“This is the Order of the Phoenix audiobook and it is awesome! I have listened to all 5 books now, and they just keep getting better. The characters are so well developed that you feel like you know them personally by the end.”

“This is my favorite book in the series so far. The plot moves along quickly and there are plenty of exciting moments to keep you hooked.”

“Absolutely amazing! Couldn’t put it down!” 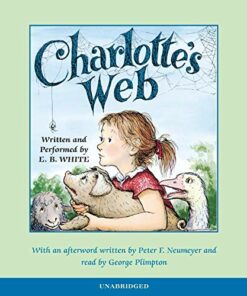